Our country, India, has seen the royalty in the most refined taste. Its glory and richness can still be envisaged in the monuments which were built at different times under the reign of powerful rulers. Witness to our glorious past, these heritage monuments are a token of pride for all the nationals. Each heritage structure has survived innumerable generations and multiple challenges bestowed through centuries. It is our duty to conserve these monuments and keep them in the best possible condition so as to pass on this heritage to our future generations.

Havells, an Indian based promising electrical brand, believes in sharing the responsibility, and contributing in the development of the nation.

In sync with its core philosophy of “Chhote Kadam Badi Soch” Havells has pledged to contribute towards heritage conservation and restore some of nation’s historical monuments in their best shape possible for the future generations. The brand has tied-up with Aga Khan Foundation India (AKFI) to help in building Humayun’s Tomb Interpretation Centre and in conservation work of Sabz Burj as well. 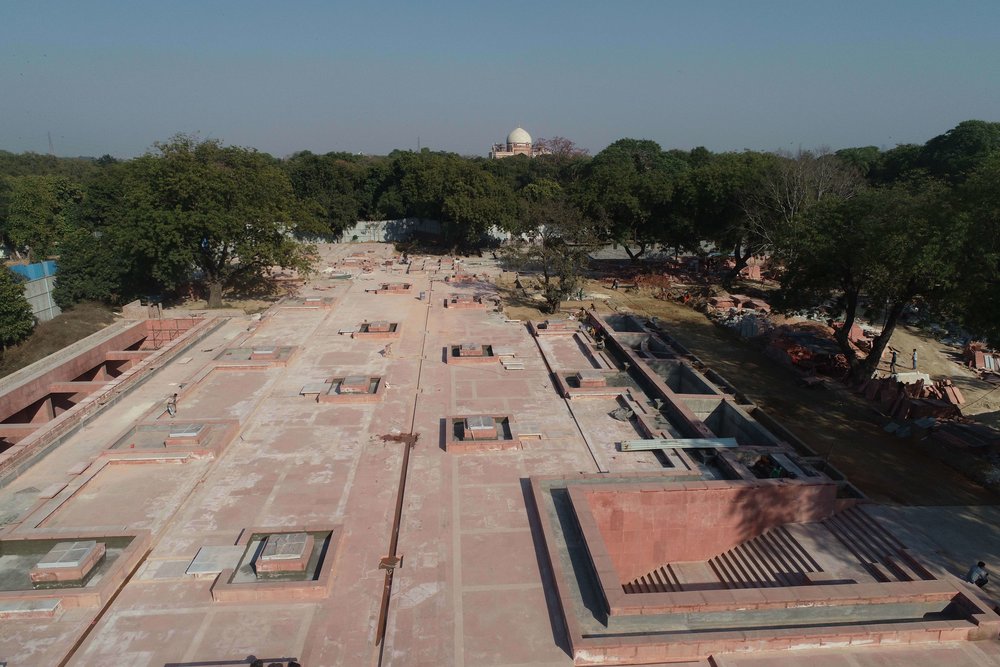 Built at the entrance of the Humayun’s Tomb complex, the Humayun’s Tomb Interpretation Centre (HTIC) is an underground museum that intends to offer a better understanding of Mughal architecture and building craft traditions. It aims to enhance the visitor experience, shed light on the development of the Nizamuddin area and clarify the pluralist Sufi cultural traditions which defined Hindustani culture for at least five centuries. Inspired by the tradition of geometric forms in Mughal architecture and the sunken baolis, the underground museum will connect the presently segregated sites of Humayun’s Tomb, Sunder Nursery and Hazrat Nizamuddin Basti. The Humayun Tomb Interpretation Centre will cater to the 2 million annual visitors, while imparting learning and understanding of the World Heritage Site.

Havells has also joined hands with Aga Khan Trust for Culture (AKTC) together with Archaeological Survey of India (ASI) to restore the Sabz Burj which is a 16th century double-domed octagonal tower on the roundabout next to Humayun’s Tomb complex in Central Delhi. Influenced by the Timurid architecture, the Sabz Burj with its shape, neck and tile pattern of the dome indicates that it is one of the earliest buildings built during the Mughal rule.

The Sabz Burj forms an important part of the 16th century group of heritage monuments, including the Humayun’s Tomb complex and the Sunder Nursery monuments. It is exceptional in its ornamentation, wherein each façade of the octagonal tomb is generously decorated with distinctive ornamental patterns completed with polychromy. Its main chamber boasts of a painted ceiling with intricate floral patterns, which have got severely deteriorated over the years due to neglect and inappropriate repair works done in the 20th century with cement mortar. The restoration and conservation work intends to watch over the heritage monument to retain and even enhance its cultural significance.

Apart from reinstating the heritage structures, Havells is working alongside to help the people, society and most importantly the future generation of our country through numerous other programs. Taking pride in its roots, the brand is out and out committed to the holistic development of children and the nation at large in the best possible manner.